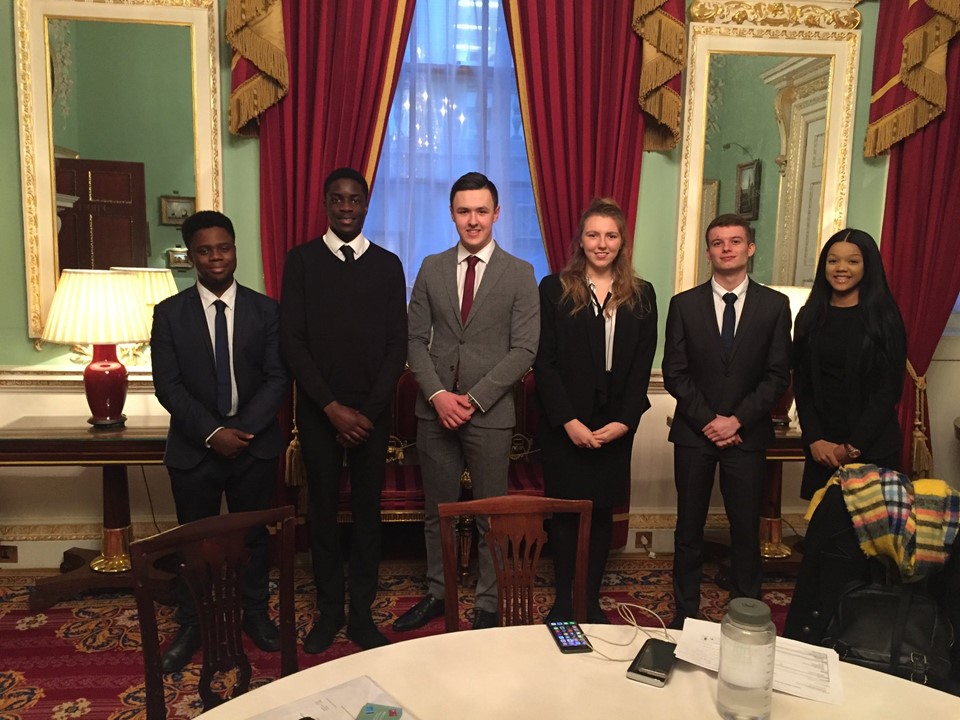 Having won the heat back in November, the team had further prepared their pitch with the help of mentors, Joshua Rosen and Doug Spencer from the business world and also Nick Jenkins, the founder of Moonpig and a loyal Haberdasher.

Second up to pitch to around 200 leaders from businesses across the city, dignitaries, peers and special guests, the Crayford team took to the stage confidently and spoke articulately about their app around school revision tools. A live demonstration of the app impressed the audience as did the way that the team fielded some very probing questions from the audience.

This year, the Crayford team were runners up but it was a very close decision, and the Judges really commended the team's performance. A really excellent opportunity for each student, and one which they have learnt from and can take forward to future experiences.